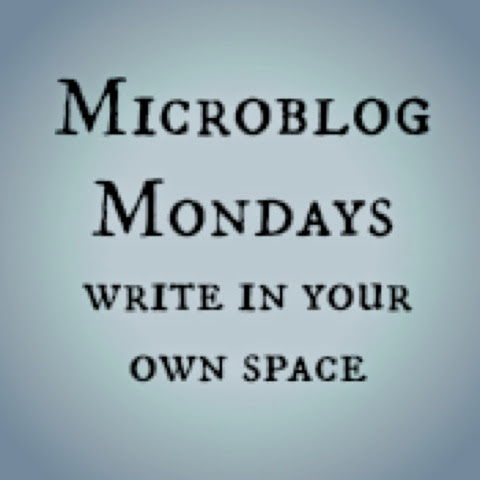 http://www.stirrup-queens.com/2014/09/what-is-microblog-mondays/
Pre school drop off brings out the insecure mother in me. The girl that was never good at gravitating towards groups-that-move-as-one resurfaces. She feels awkward, frumpy and out of sync. Today Isobel's hair was so tangled in the back I found myself apologizing about it to her favorite teacher, Ms. L, who is this adorable diminutive blonde that Izzie is crazy about. I pick my battles,  and tangled hair is one that often stays on the back burner. I often feel I am channeling my own mother, slightly socially awkward, shy, self critical. I wonder how she felt on these occasions. I think I know.
Posted by tireegal68 at 9:37 PM 11 comments:

It been a year since I wrote a blog post that I published. Although  I just hit publish on a half finished one from July 2014.  A wonderful rich happy year filled with a child on each arm, two kids draped over me, rough housing on the bed, snuggling at night, playing happily side by side ( for about a minute!) and of Isobel exclaiming from time to time, "I love my family!"
A year of a pretty easy baby who slept for long stretches after about 4 months and still sleeps well in my bed and for two hour stretches in his crib.
Also a really difficult year with lots of health challenges for Susan, her career goals moving at a frustrating snails pace for her. And some health  challenges for me, but most of my / our challenges come from me not making enough money in my job to cover all our necessities, being super stressed out by said job - which has the bonus of being 7 mins from my house - which is so disfunctional and messed up that I can't even tell you.
We didn't have to move,  so for the while we can stay in our high first floor apartment whose steps Susan can only climb while holding on with both hands because of her bum knee - meaning she can't take the kids out by herself when I am at work and I have to run home to help with pre school pick ups / drop offs, etc. Not ideal. Where are all the dwellings with only one or two steps to them? In  Chicago they don't seem  to exist. I never thought I would fantasize about living in a ranch house but the time has come.
To get back to the birthday boy, he just learned to drink out of Isobel's straw bottle today! He sucked a whole lot of water out of it!!
He crawls really fast and stands with assistance. I think he will be walking in a couple of months if not earlier. He waves bye and says bye at night time and if I'm saying bye on the phone or if someone is leaving. He weighed around 20lb or a bit more and was 29 inches tall at his 10 month check up.  He  has a HUGE head which kind of sticks out prominently at the back and which you can notice in the profile pics below. I worry about the shape and  size of it,  but no one else does including the doctor. Harry thinks the world of his sister Isobel, who is currently having a tantrum because she says it's not his birthday. She thinks he's cute but a nuisance who steals all her toys and gets in her way. He's still drinking all breast milk all the time - from a bottle when I'm at work -  and he has been eating solids ( via baby led weaning) since he was about 6.5 months. We are so lazy about feeding him though. We don't have the incentive to get him off formula and onto solids and cows milk that friends who adopted or aren't breast feeding are excited about. So  he gets meals when we remember / there's something he likes to eat / he doesn't scream when we put him in his high chair, and milk the rest of the time. He's ambivalent about food. Sometimes he loves it and sometimes he throws it straight on the floor!
So those are the highlights of his development.
Isobel is learning all sorts of things. Big words, like topiary and puncture and how to be responsible and helpful via a sticker chart and lots if positive reinforcement.
Our biggest challenge these days seems to be all getting out if the house in time without killing each other and getting enough healthy food into Isobel, our picky eater, who is learning to enjoy healthy good but not necessarily what I think if as filling food. Say like, you know - a hot meal!
Now here are some pictures from the last year! Isobel is harder to photograph because she's a fan if total nudity in the house and she's much more self conscious about photos when we can encourage her to out clothes in or we take pictures outside.
There's even one if Susan and me on a date!!! Winders will never cease!!! 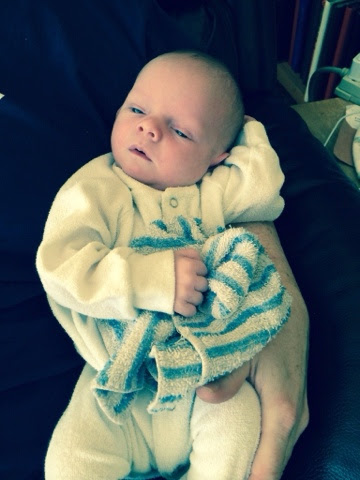 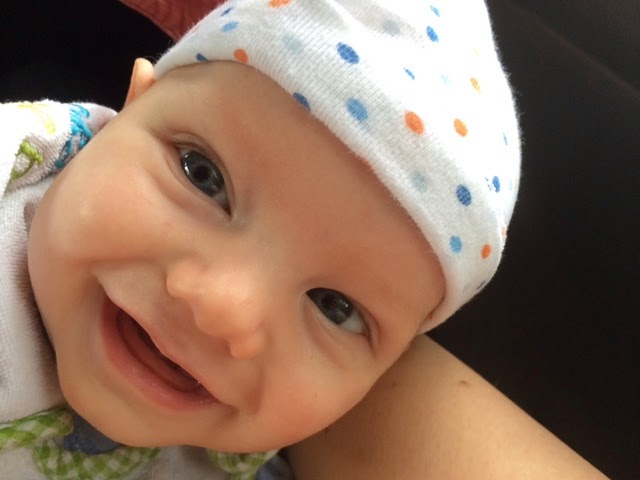 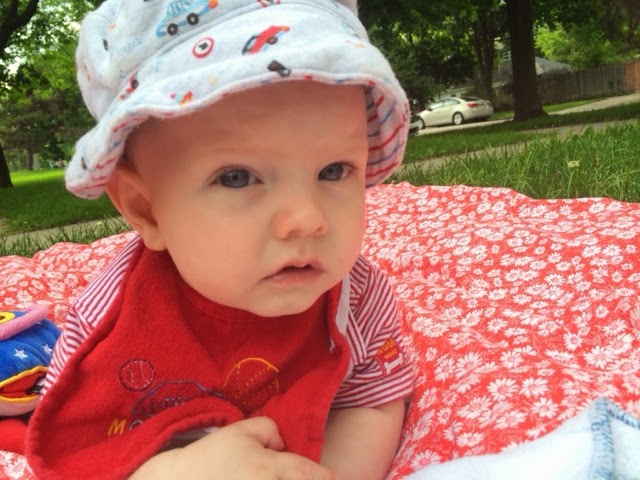 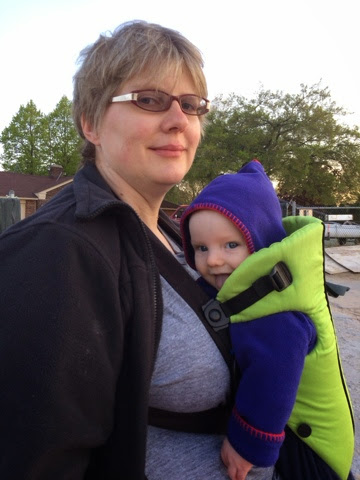 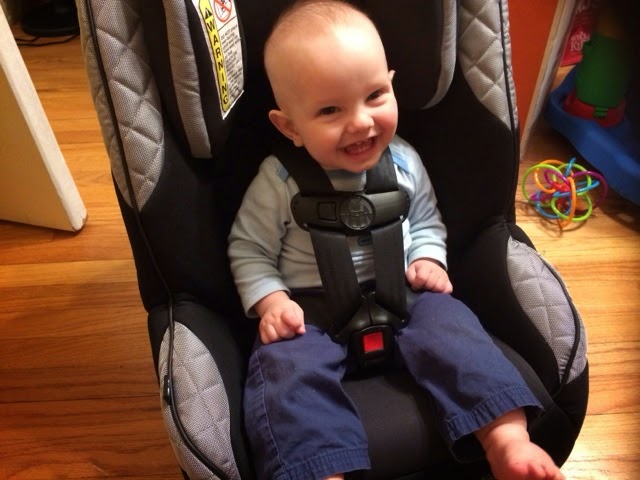 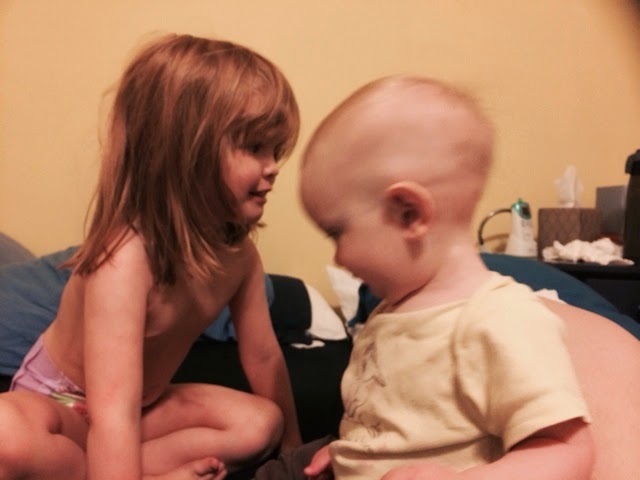 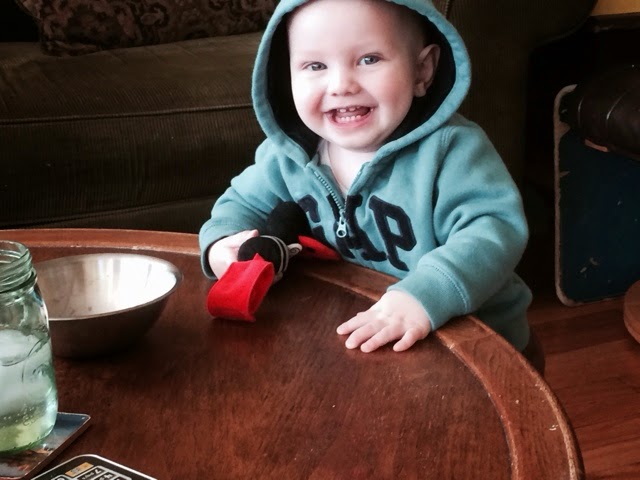 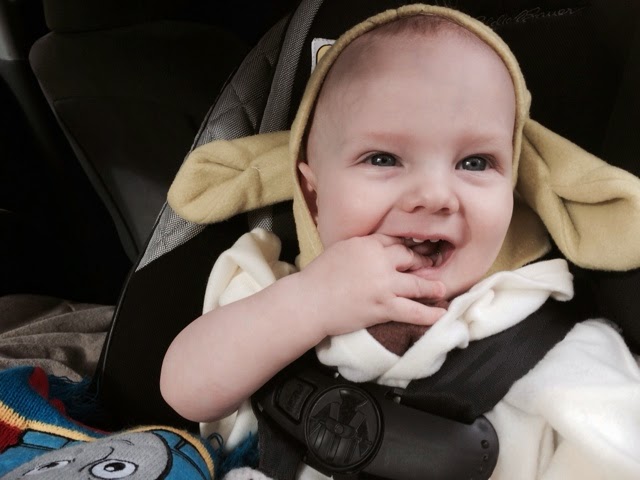 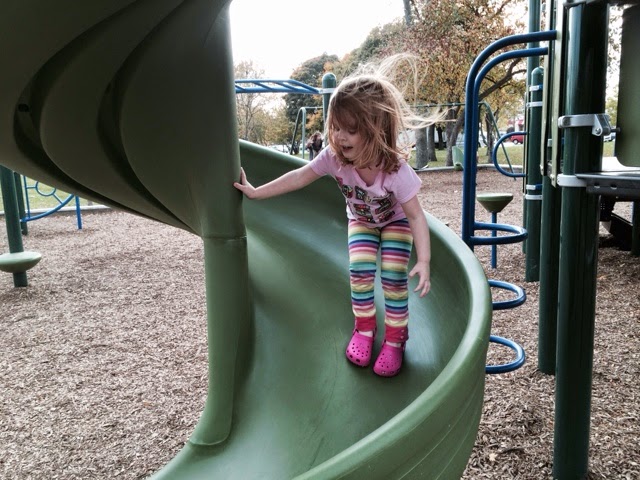 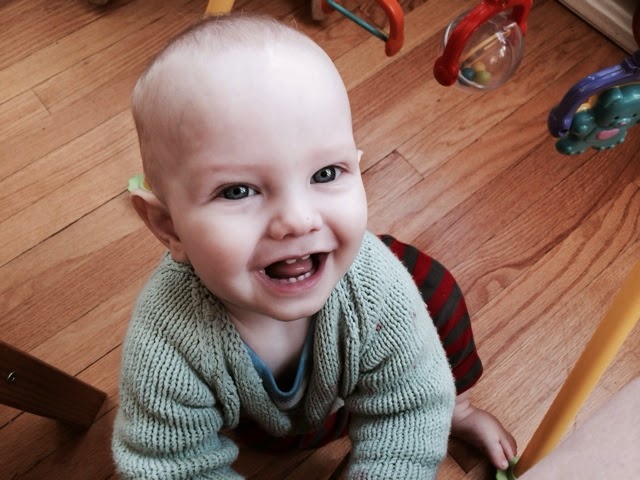 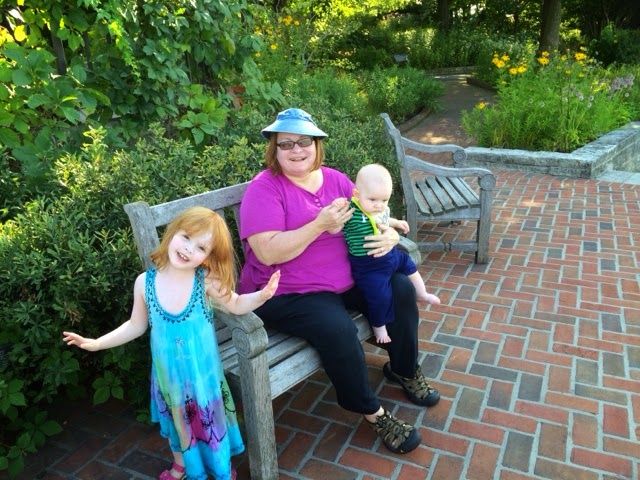 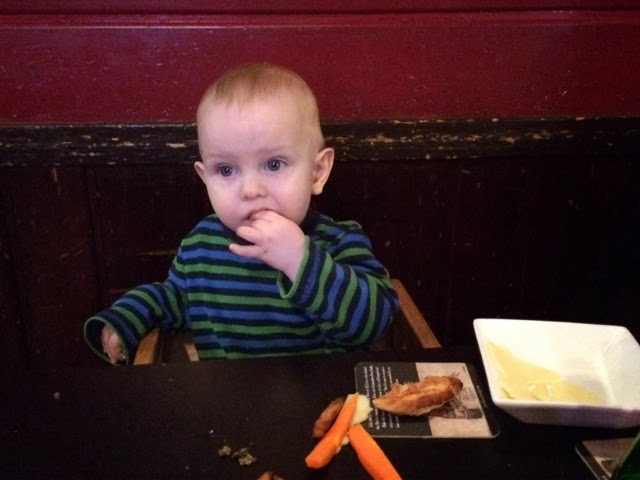 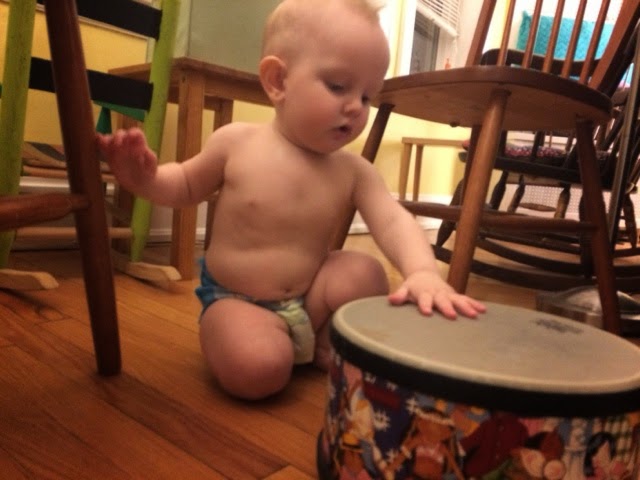 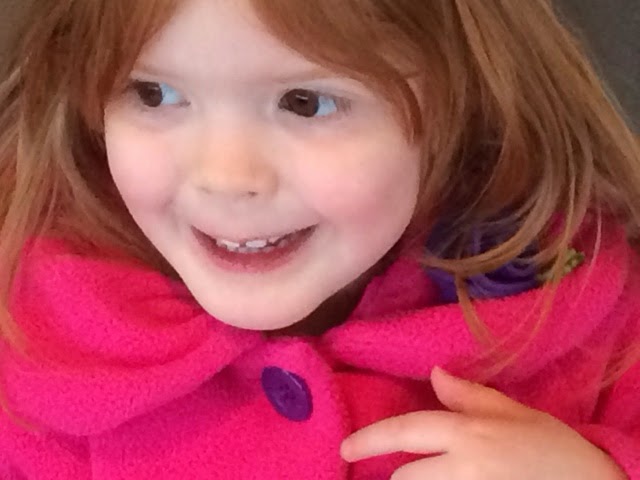 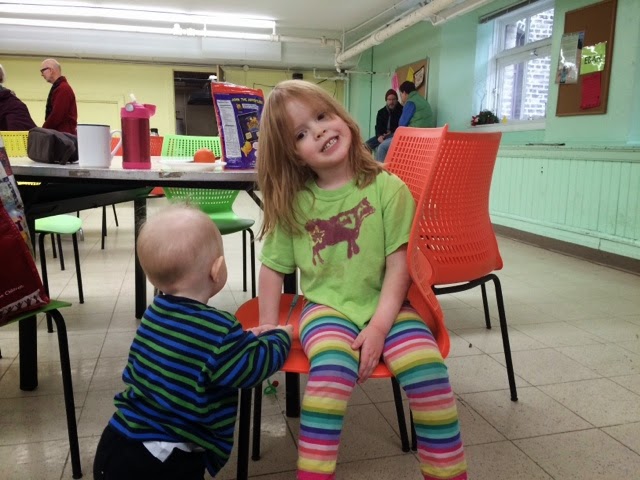 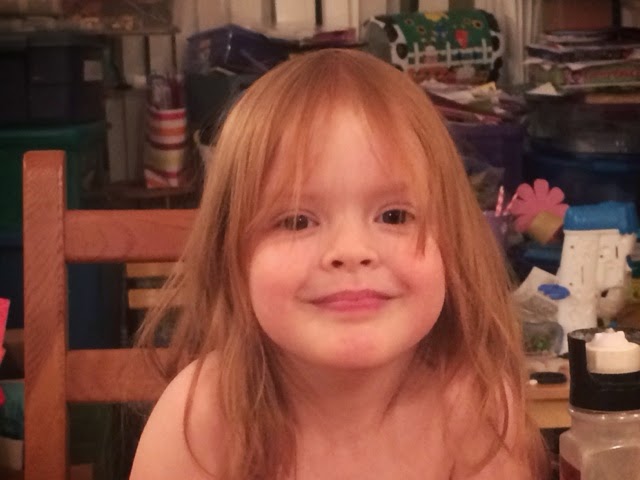 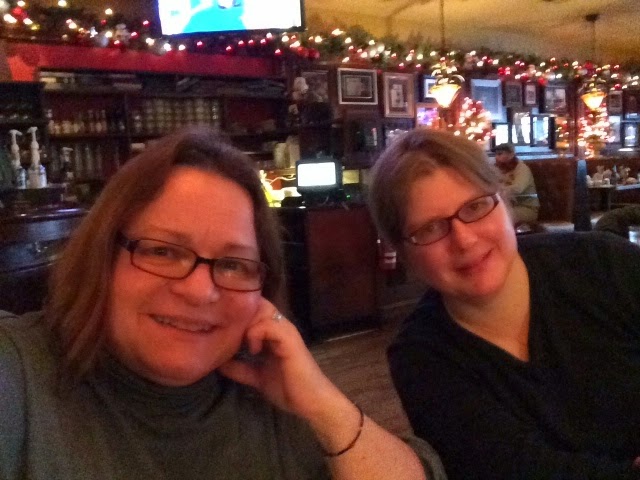