The Chronicles of Isobel and Harry - interrupted to say I HATE BLOGGER. It ate my post twice. my beautiful nuanced post. First on my phone and then on here. Each time I was editing photos. I had saved my writing, and it fucking ate my post and reverted to the original post. Unnuanced. Unedited. Uninteresting.

(interrupted to say I HATE BLOGGER. It ate my post twice. My beautiful nuanced post. First on my phone and then on here. Each time I was editing photos. I had saved my writing, and it fucking ate my post and reverted to the original post. Unnuanced. Unedited. Uninteresting. FUCK! Does this happen on Wordpress? I am never ever going to write a post on Blogger. I will write it in Word first. Or I will do everything in Wordpress.)

Harry Update: ( from April 2014)
It turns out you can blog while holding a slightly cranky baby in one hand, iPhone in the other hand and while using one leg to gently move  the rocking chair. All  thanks to voice to type software.

It's still laborious because I have to go back and type over what Google voice doesn't translate properly. I don't think Google voice understands English accents that well. in order to get it to type  what I want I have to enunciate like all hell and click out all my  consonants.
The  long and the short is that Harry is almost 10 weeks old and we are finally getting into our  groove. It's hard to know what to say as all the trouble and strife feels like it's under the bridge so to speak.
We had a whole ton of help from people in our church and other friends and family. We had  meals delivered,  we had a post partum Doula (paid for by my sister and brother) ;  my sister took care of Isobel for two nights and most of two days  while we were in the hospital for two days and two nights and then Susan took over while I stayed in hospital one more night. There's no way we can complain about being neglected while welcoming Harry into the world.
July 2014
Now I am back to work  ( i went back  on April 21st) and Harry is almost 6 months old. He is just a joyful baby and one who is wonderful to be around. If you wanted to know what it was like to be with the average baby you would not want to come to our house because you could be seriously deluded about how easy it is. He is so so chill, so happy most of the time ( except for gas  on and off for the first twelve weeks) and when he is tired and crabby now, but that's just about learning his cues and feeding him or getting him down for a nap. He is not a very good napper, but he is a terrific night time sleeper.  He cries for me towards the end of the day when he has had enough of the bottle and misses me and he took a long time to get used to the bottle. He can go for 9 hours at a time in his co sleeper / bassinet. He wakes for milk and then he usually goes right back to sleep. I am the luckiest parent alive. I really need that break because other things in our house are decidedly not peaceful or particularly calm - more on that later.

Even so it has been a difficult transition for all of us but mostly for Isobel. In my ignorance and stupidity and possibly optimism I believed that Isobel would  make concessions for us after Harry arrived. After all,  she had survived two whole nights without us and was becoming more mature and self-sufficient or so I thought. What a pile of crap that was. As most kids ( and adults !) do, she pushed through the hard part  while away from us and then once she was back home she unraveled. I don't remember all the details I just know even now it's hard for her to accept  that I can't do everything I did for her before when she was the only one.

Right now she is working on at least two big things: one is going to the  "big" potty outside the house while wearing underwear and  not wearing a diaper outside the house - even though as far as I am concerned it would be easier and less risky if she wore one,  she cleverly refuses to wear a diaper away from home,  which means we really have to work on this issue.  this includes her holding her pee for hours, being frightened of "automatic flush toilets" which she can now articulate, as well as loud hand dryers and anything else that is loud or unexpected. Actually, we  seem to have a girl who is  working on  many issues and I blame myself for letting her acquire  these issues in  the first place, because I tell myself I was being lax and lazy in my parenting when really I was just overwhelmed and didn't know any better. So currently we are working on her sweet tooth,  potty training and the wearing of clothes and shoes that are appropriate for the weather.  On deck for next time is her iPad usage.  See I told you I was a terrible parent.

Here is our new sweet beautiful baby boy, Harry Joseph S-P. Born 1/23/2014 at 10.11pm via c section.
Weight: 7lb 12 Oz, length 20 inches.
Surgery was longer and rougher than expected and involved the unexpected removal of a grapefruit sized fibroid!
Baby boy is named after my beloved father Harry, and Susan's brother, Joseph, who she never met and who died a day or so after his birth. Hope that doesn't sound macabre, but we wanted to honor two men in our lives that had differing but powerful influences on us. 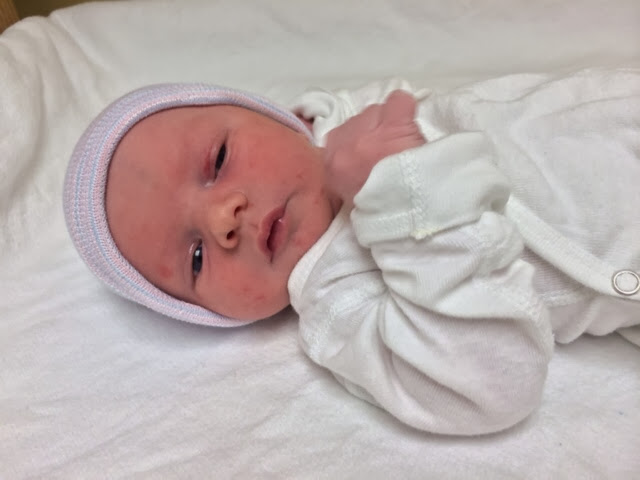 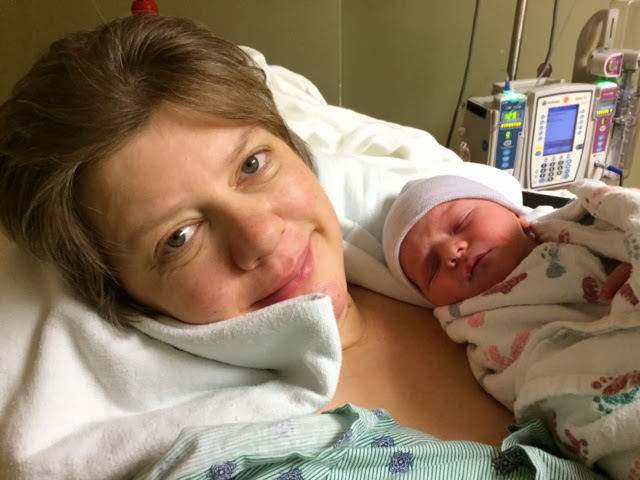 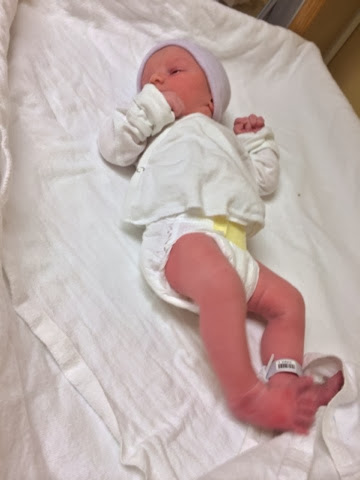 I know it's been a long time since I blogged, and there is lots to tell, but right now I am finally here at the end of my pregnancy ( well exactly 39 weeks!) ready for my scheduled c-section.

I had a disturbed night and made sure I got a 4 am snack as instructed by my doctor. Isobel and I got up a bit before 7 am and watched the I-Pad on the couch, while she ate her breakfast, which is our normal routine. No breakfast for me today. She then wanted to play in her room ( with me watching of course) and we got out her toy food so she could prepare lots of lovely meals and a picnic for us. Later there was more snuggling and a little napping on the couch. Isobel was very tender with me and got really close and it was so sweet. We have been telling her the plans for today for a while now and we went over them again. She seemed to be okay with everything.
After the usual showers for the grown ups and chasing her around the house to get dressed, my sister arrived to drive us to the hospital. We got to the hospital at around 10.30 am for the scheduled 1.30pm surgery. I was sad as I kissed Isobel good bye. She was sleepy and sweet, giving me tender kisses on my cheeks and wanting to rub noses and foreheads. She left happily with my sister looking forward to a visit to a coffee shop and a sweet treat. Such a sweetheart.

Once we got to the hospital we checked in and were directed to OB triage, where
all c - sections are prepped. I have been here maybe four times before and know the drill. Each time was for my lack of perceived movement of the baby and all visits turned out well. The last time I was there I was on the other half of the unit, peri natal surveillance, where they put women with high risk pregnancy issues for observation. This was after two hospital stays in quick succession in December that had me in for stomach flu accompanied by dehydration, coupled with a new diagnosis of atrial tachycardia ( rapid heartbeat caused by electrical malfunctioning in your heart - could be due to pregnancy or have been there a while). The next hospital stay came a day later because I developed pneumonia and influenza strain A, which apparently I probably caught while I was in the hospital the first time. Each time I was in the PCCU and they were a little freaked out by me because of the pregnancy. The last night of my stay I got the all clear with my heart and pneumonia and they brought me down here for one more night of baby monitoring. So yes, I've been here before!
So this morning I think they put my IV in around 11.30 am, put me on the baby monitor for what felt like the seven hundredth time and we settled in to wait til the scheduled time. I was feeling a little down and ambivalent about the whole surreal experience of birthing a baby, wondering if I can take care of two kids, hoping I don't get PPD this time around, being anxious about very attached Isobel's needs not being met and me generally being recently crabby with her due to my exhaustion, bloatedness and general discomfort. Around 12 noon we were told that there was an emergency c section in the OR that had bumped us. We had been warned of this of course, but it was still disappointing. Then a midwife came in around 1pm to tell us that my doctor had had some kind of emergency and couldn't do the c section til 9pm tonight. OMG! That's 7 hours away. All I could think was - I'm hungry, I'm thirsty, NOOOOOOO! Having suffered the misery of being starving for hours in the ER here last time I was in it brought it all back to me.
However, nothing much to do but wait. They said we could go home and wait til tomorrow but the same thing could happen again. I'm thinking that I don't want to leave the hospital without my baby. So we stay.
So I hunkered down with FB to update everyone who was waiting for news and lay down to watch a Friends marathon followed by a nap. I've been napping on and off since then.
Poor Susan was sitting in a hard chair for a few hours with her arthritis before the nurse took pity on her and let her rest on the other bed in the room.
Since we got here she has had two awful cafeteria meals and I have had a cup of apple juice to tide over my dropping blood sugar. I think I got the better deal!
So two more hours left until the re -scheduled c section.
That's what the status quo is for now.
I hope to post pics and an update in a few hours or tomorrow.
FX all goes well from now on!